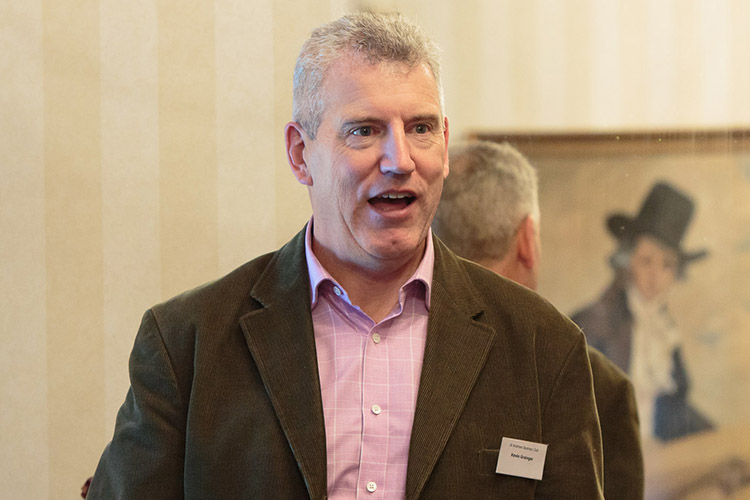 The element which stood out in all his ventures since he started his first company 19 years ago was his passion for science and technology.

After graduating from St Andrews University in with a Physics degree (as well as meeting his wife there), Kevin switched to the field of software and worked at Ferranti on the Tornado jet’s navigation system before moving to Newell & Budge, where his skills in sales and marketing were used to great success for many years.

In the summer of 1996 Kevin took the decision to set-up Company Net – www.company-net.com – with Neil Francis. They’d identified the opportunity and value in database-driven websites and quickly grew it into one of Scotland’s most successful e-business consultancies. Kevin was responsible for the technical direction of the business as well as generating sales and managing major accounts.

Within two years of setting it up, Kevin and Neil sold 75% of the business to their biggest client, Burmah Castrol, in a cash deal. When Burmah Castrol was subsequently acquired by BP in 2001, the pair regained control of Company Net via an MBO backed by Edinburgh-based venture capital house, Caledonian Heritable Investments. It later exited the business.

Over his final years at Company Net, Kevin worked on a part-time consultancy basis as an eLearning Account Manager responsible for its largest customer, the NHS. Over a period of six years he oversaw the introduction of one of the largest national e-learning programmes in Scotland, predominantly aimed at the prevention and control of Healthcare Associated Infections (HAl).

Kevin and Neil sold Company Net to its employees five years ago. It continues to develop and thrive and is one of those rare beasts – a profitable Scottish internet software business as well as a UK Microsoft Gold Partner.

In the world of bricks and mortar, Kevin has built up and manages a commercial and residential property investment portfolio invested in Fife and Edinburgh.

Most recently Kevin has established the EOS Technology Investment Syndicate in St Andrews with the help of Club President Alistair Lang and local ‘business angels’. It has invested in three high-growth start-up businesses. Kevin has also taken on a number of non-executive positions with technology companies with aggressive growth targets.

Speaking about the world of angel investing, Kevin explained that investors are typically looking for “big exits” of at least 10 times the value invested in return for taking on the high risk nature of the investment.

As a result, angels are looking for businesses with 4 Ps:

Kevin added that good legal advice on issues such as intellectual property (IP) and legal structure is critical.

Asked what he enjoyed most about what he does now, Kevin said the variety of businesses he now works with.

Members showed their appreciation in the usual manner. 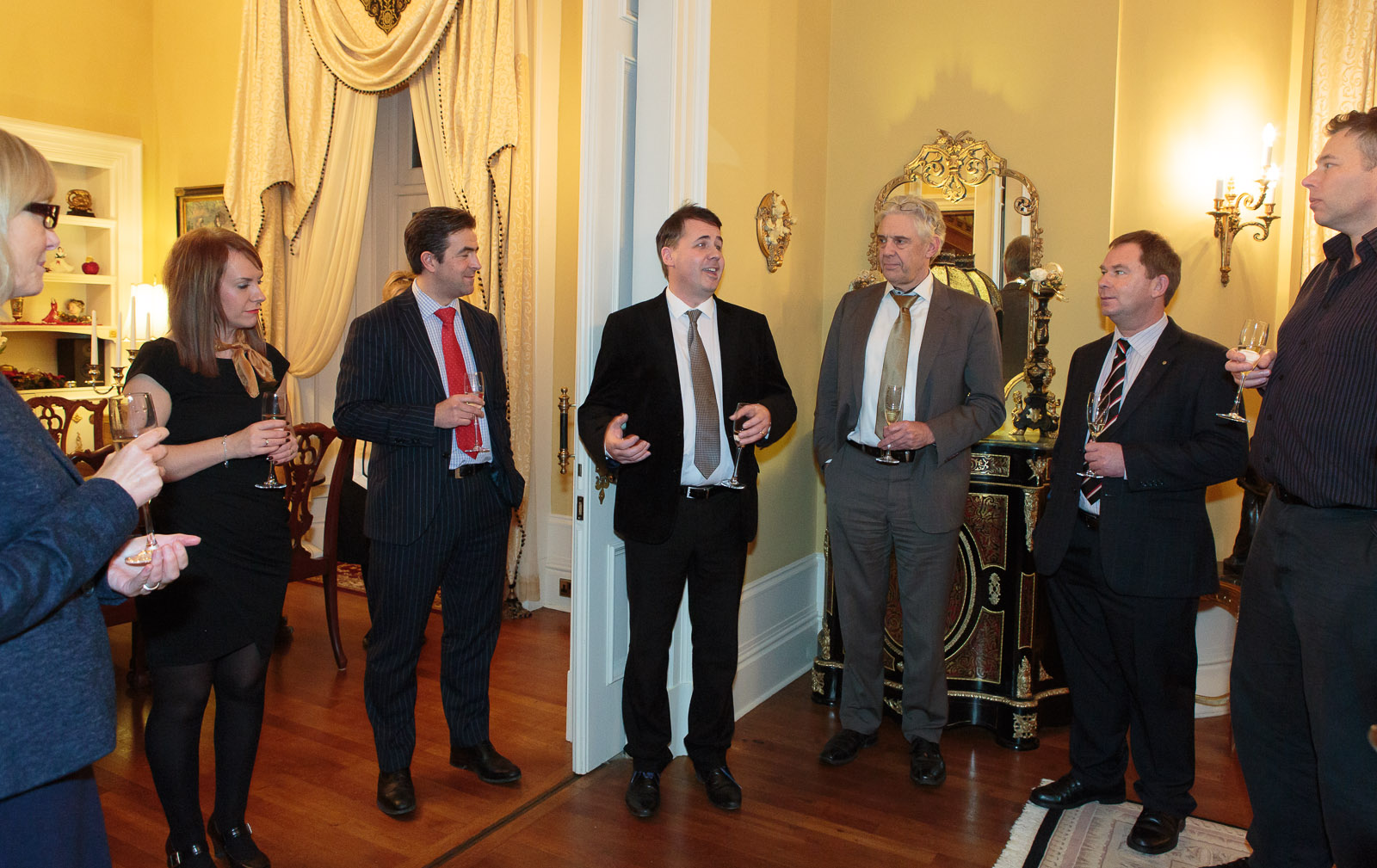 Chris Wood (centre) told members of St Andrews Business Club the story of how he and his wife Elaine (second left) came to own Eden Mansion as well as giving them a guided tour.

Members of St Andrews Business Club got a privileged insight into the story behind St Andrews’ newest five-star hotel when its owners hosted a champagne reception recently.

Chris and Elaine Wood gave members a guided tour of Eden Mansion, which was once the principal family home of the Haig whisky dynasty, after entertaining them with drinks and canapes and telling them the story of how the couple, who also own serviced apartments in Aberdeen and Edinburgh, came to acquire it a few years ago.

After initially running it as an exclusive-use venue, they’ve recently switched its status to being a hotel and gained a prestigious and rare five-star rating from VisitScotland. During this year’s Open the top management of Rolex used it as their base for the tournament.

Some of the profits from the hotel will go towards funding humanitarian work the Woods do with orphans in Burundi. The hotel website can be found at https://edenmansion.com