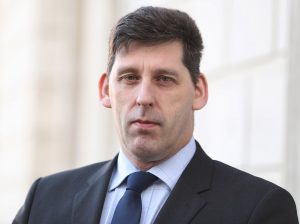 Businesses  from Fife and Tayside will have a chance to hear and question Scotland Office minister Lord Ian Duncan on Brexit and other prominent business issues at an evening event in St Andrews on October 25.

In the ‘Meet the Minister’ event, organised by Fife Chamber of Commerce and St Andrews Business Club, Lord Ian Duncan, the Parliamentary Under Secretary of State for Scotland, will talk about his role – which involves engaging with Scottish stakeholders on a wide range of matters relating to the UK Parliament on a total of 22 Cabinet committees and sub-committees – and reflect on current issues.

Attendees will have an opportunity to ask questions about the UK Government’s role in Scotland, its priorities and policies at the event, to be held at the Old Course Hotel, six days after a potentially pivotal discussion on Brexit by EU leaders at a summit in Brussels.

Anyone wanting to attend the event can book their place on Eventbrite.

Alan Mitchell, Chief Executive of Fife Chamber of Commerce, said: “Fife Chamber is really pleased to have this opportunity to work with St Andrews Business Club to give our members and other local businesses an opportunity to discuss critically important issues with a senior member of the UK Government.”

Alan S. Morrison, President of St Andrews Business Club, said: “We’re delighted to be working with Fife Chamber of Commerce on this event, which will enable all members of the business community in North-East Fife and beyond to hear about the latest plans for issues which affect them as well as ask questions of a UK Government minister about them.” 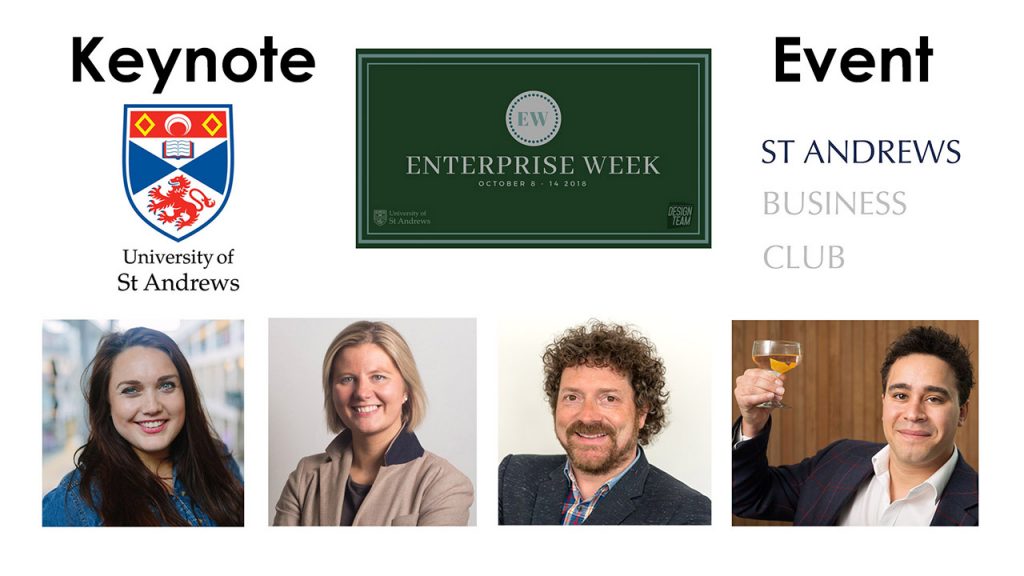 People doing business in North-East Fife are invited to join members of St Andrews Business Club and students from the university on October 8 to learn from the stories of four inspiring entrepreneurs.

St Andrews Business Club has partnered with the Enterprise Week student committee for a second year to help organise the event as part of its commitment to nurturing entrepreneurship.

The event will begin at 5.30pm with networking with students and university staff over drinks, before the presentations begin at 7pm. After each of the presenters has spoken, the audience will get a chance to ask them questions.

Speaking about the event, St Andrews Business Club President, Alan S. Morrison, said: “We’re delighted to have been asked to contribute to this event for a second year to help inspire the next generation of entrepreneurs and business people. The Club welcomes them to any of our own events and we look forward to hearing stories which will doubtless inspire our members too.”

Bonnie Hacking, Enterprise & Employability Adviser at the University of St Andrews, says: “We’d like to thank St Andrews Business Club for its continued contribution to this event to promote entrepreneurship in our students and in the local community.” 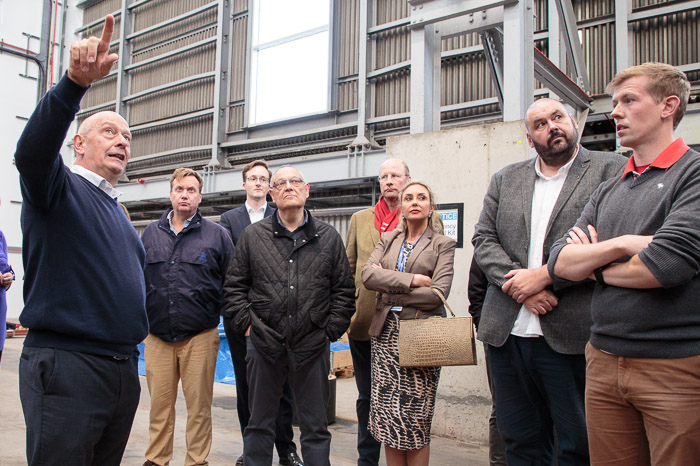 Geoff Morris, Director of Special Projects and Community Engagement, gave Members and their Guests a guided tour of the Eden Campus site, including inside the Energy Centre.

In the first event of the Club’s new Season, Geoff Morris, Director of Special Projects and Community Engagement at the University of St Andrews, gave Members and their Guests a guided tour of the Eden Campus site at Guardbridge.

The completely automated Energy Centre on the campus, which won the Sustainable Development Award at the 2016 Scottish Green Energy Awards, is central to the university’s strategic drive to become the UK’s first energy carbon neutral university and pumps hot water four miles to St Andrews to heat 41 University buildings including 2,600 student rooms.

The water is at 95 Celsius when it leaves and arrives at 94C. The university aims to have more of the heat used via improved heat exchangers as well as increase the number of buildings heated.

This facility alone has already reduced the university’s carbon footprint by 20%.

The Energy Centre is the first phase of a plan for the site which aims to create 500 new jobs as part of the Tay Cities Deal. The funding could unlock up to £75m of other inward investment within the first five years from a mixture of industry and private sector investors and would see the redevelopment of an extra 5,500 square metres of derelict buildings, allowing space for start-ups and other external companies to base themselves.

More than 400 University staff will relocate from St Andrews to Eden Campus this year.

For more and the latest information about this project, go to the University’s news page.

NEXT EVENT: The Club’s next event is October 8: University of St Andrews Enterprise Week 2018 – Keynote Event