At our first Diversity in Business Event, Sumayya Usmani, Food Educator, Broadcaster and author of two award-winning cookbooks  discussed the need for a changing mindset to best represent a diversity-based inclusive policy and the experiences that led her to serving as the Diversity Coordinator for The Guild of Food Writers. 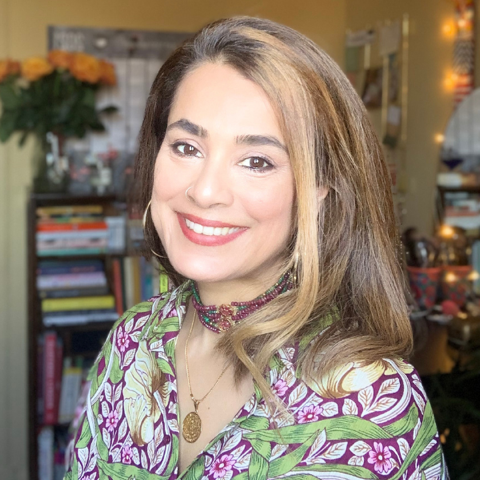 Pakistani born Sumayya Usmani shared the hurdles a food writer faces when generalization and appropriation are present in everyday life and the consequent steps that any organization should consider when looking to make a more diversity-based inclusive policy.

Attendees also enjoyed an active Q&A session with Sumayya, involving topics such as transgender recruitment and diversity and inclusion policies for small organisations.

NEXT EVENT: The Club’s next event is April 21 Podcast, vlogs and talking media. 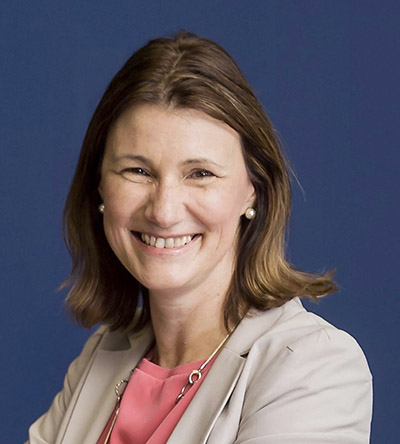 Women’s Enterprise Scotland Chief Executive Carolyn Currie is the speaker at St Andrews Business Club’s AGM Evening on Wednesday May 15, to which non-members are invited after the AGM formalities.

To be held at the Old Course Hotel from 6.15pm, Carolyn Currie will tell attendees about her extensive career at a senior level in financial services and her current work with Women’s Enterprise Scotland.

Ms Currie has guided the development of global-leading standards for gender equality in business advisor training and digital platform content. She has given evidence to Parliamentary Committees on economic matters, is a founding member of the UK Women’s Enterprise Policy Group, has contributed policy papers to the World Economic Forum in Davos and is a member of the T20, the think tank of the G20.

Anyone wanting to attend is asked to book via Eventbrite. 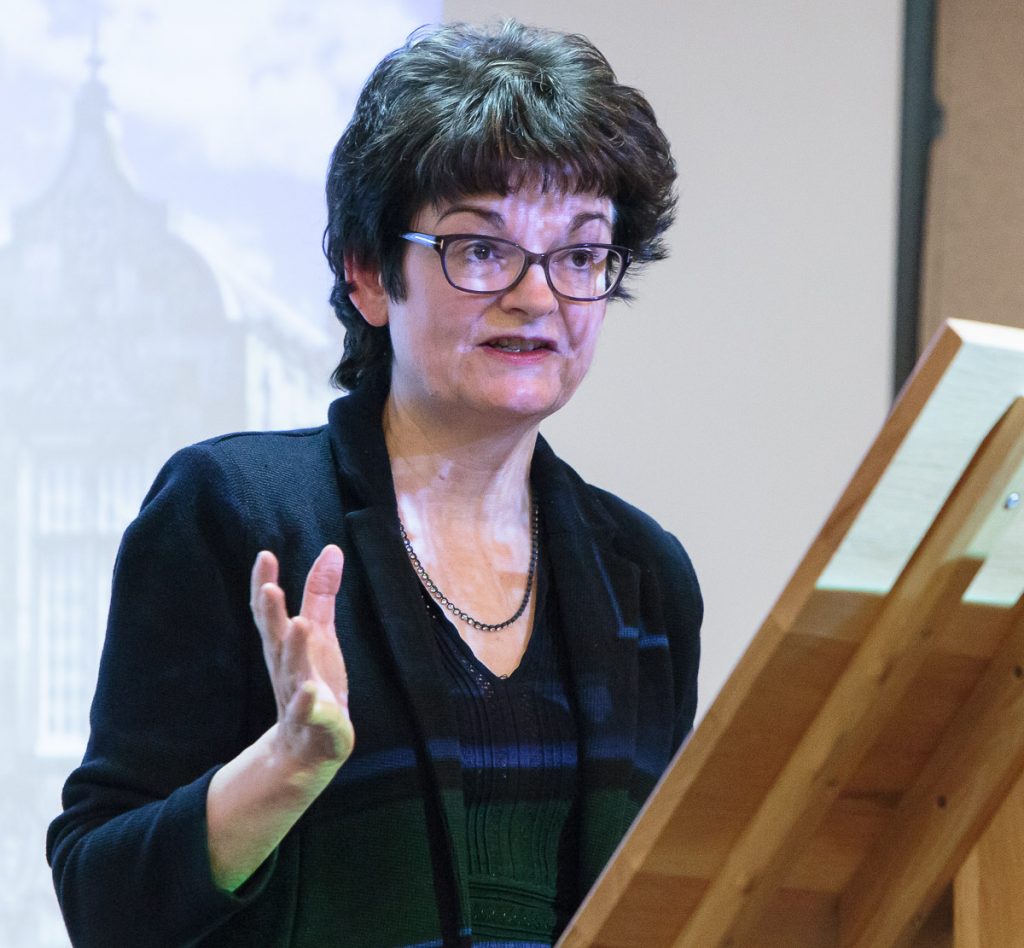 Attendees gained inspiration, as well as the chance to question both Prof Mapstone and Nicola Dames, in the well-attended ‘Inspiring Women’ event at the Old Course Hotel.

Professor Mapstone, who gave the keynote at the event, has been Principal and Vice-Chancellor of the University of St Andrews since September 2016. Before taking up the role, her academic career was spent at the University of Oxford. Earlier in her career she worked as an editor in the book publishing industry.

She talked about the female role models who inspired her in her career, including several connected with the University of St Andrews.

In 1862 Elizabeth Garrett became the first woman to matriculate there. Sadly, she was later removed from the list of students and prevented from attending medical classes.

She nevertheless went on to become the first woman to qualify as a physician in Britain, co-founding the first hospital staffed by women, and becoming Dean of the London School of Medicine for Women.

Her determination paved the way for other women, including Agnes Forbes Blackadder – who in 1895 became the first woman to graduate from St Andrews – and Margaret Fairlie, who in 1940 became the first female professor in Scotland after being appointed Professor of Obstetrics and Gynaecology at University College, Dundee, then part of the University of St Andrews. It was a long time till the next.

Despite diversity and equality at St Andrews moving on greatly since – now a fifth of its professors are women and 44% of research students are female – Prof Mapstone said she felt “we are still not there yet”. Which is why she’s started several initiatives to improve that, including a mentoring programme for women in senior roles named after Elizabeth Garrett.

Finally, Prof Mapstone said she felt the most inspiring women are those who push for change not just for themselves for those who will follow them. 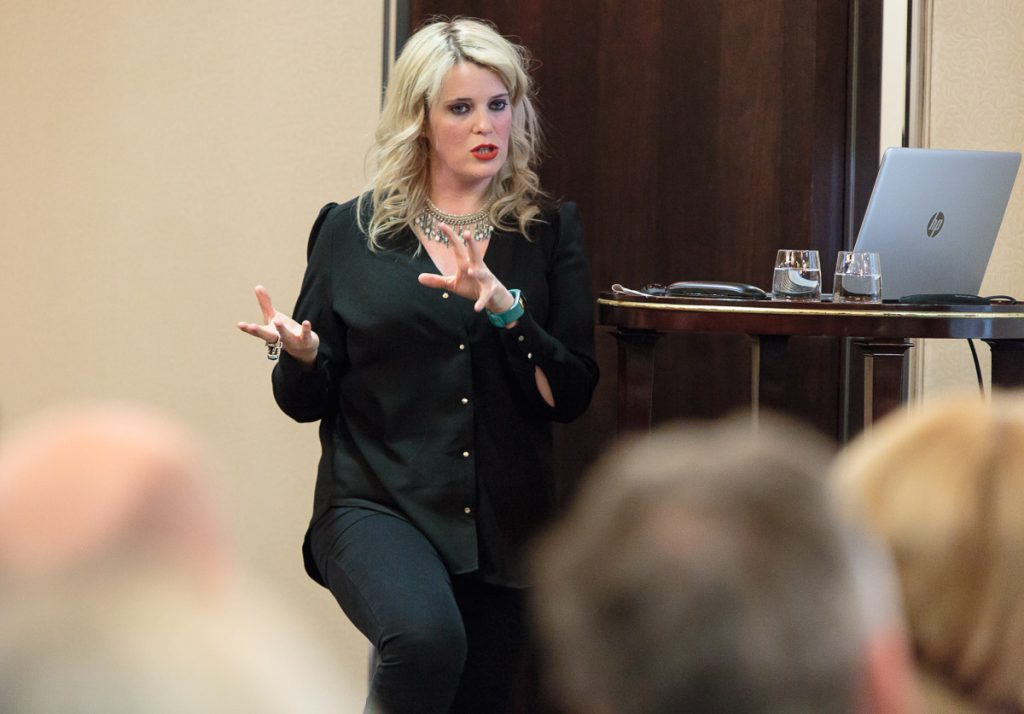 Nicola Dames shared how her life changed forever when she started to suffer with Ulcerative Colitis while a nurse in her 20s working in London. After surgery to remove her large colon, she found underwear available for women with stomas lacked femininity.

So she created her company, Vanilla Blush, in 2008 to provide attractive underwear for women like her. She now designs, makes and sells that and swimwear for all genders and is about to extend the range into sportswear.

In 2011, Vanilla Blush had its first range listed as a Class 1 Medical Device and in 2014 was named Post-Surgery Brand of the Year. In June 2016 Nicola secured £50,000 in Scottish EDGE funding. In December last year, she was included in Lingerie Insight’s Power List 2018.

Both speakers answered questions on their advice for women and who inspired them. Prof Mapstone named Michelle Obama, whom she’s met. Nicola Dames nominated her namesake, Nicola Sturgeon.

They were warmly applauded by the large number of attendees.

NEXT EVENT: The Club’s next event is March 28: Members-Only Problem-solving & networking lunch.