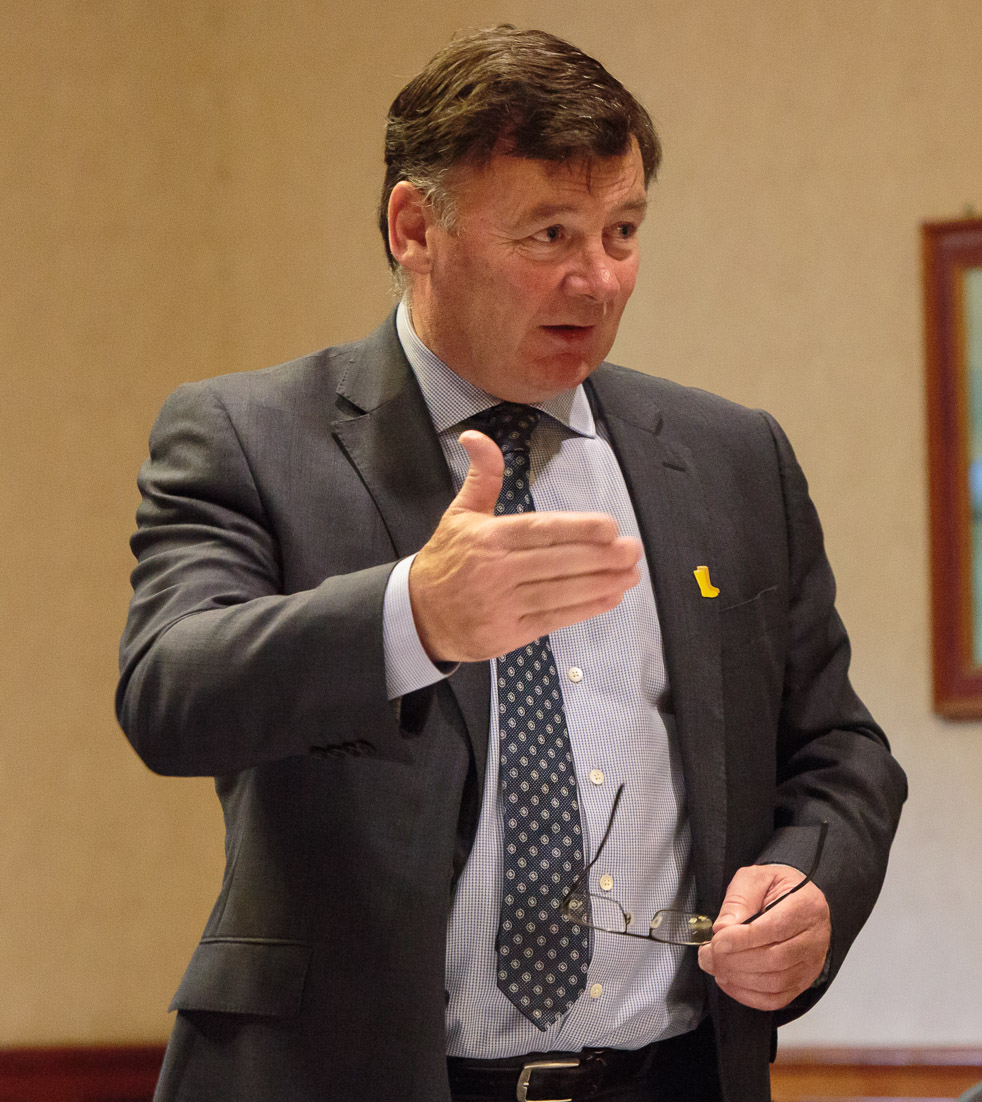 Allan Bowie, President of NFU Scotland, was the speaker at the Club’s October Breakfast meeting.

He farms in North-East Fife and Clackmannanshire with his wife Christine and son Callum, majoring on growing cereals. The area farmed extends to about 850 acres on contract farming agreements.

Allan spoke to Club members and guests on the impact of Brexit on the rural economy and other issues affecting local farmers.

The points he made included:

For more information about NFU Scotland, go to www.nfus.org.uk